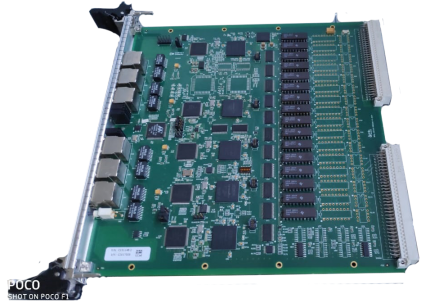 Cornet’s High speed Ethernet Interface Board, C13114, is an Extended Double Euro form factor board. This interface board provides the conversion of Multichannel differential parallel data into Ethernet packet data.

The board has five independent nodes and each NODE incorporates a Cyclone II FPGA and Tiva Microcontroller as the core components. There are also differential receivers for 16 bit parallel data and differential transceivers for transmitting and receiving TCLK (1 MHz) and SCLK (4 MHz) depending on whether it is a master or slave node.

The Node receives 15 bit parallel data along with the Return SCLK (RSCLK) and Return Transmit Clock (RTCLK) and sends it over Ethernet.

The RSCLK received from the onboard which is delayed version of SCLK determines the rate at which the data is sampled. The Tiva Microcontroller with embedded Ethernet MAC and PHY sends the data as Ethernet over IP over UDP. 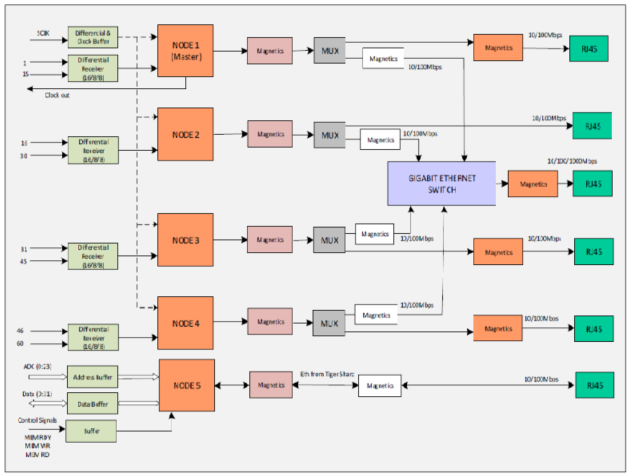 Power supply to board
+5V and on board generation of voltage is +3.3V with converters

Learn About Other Cornet Products and Solutions